Without a binaural microphone and for free! 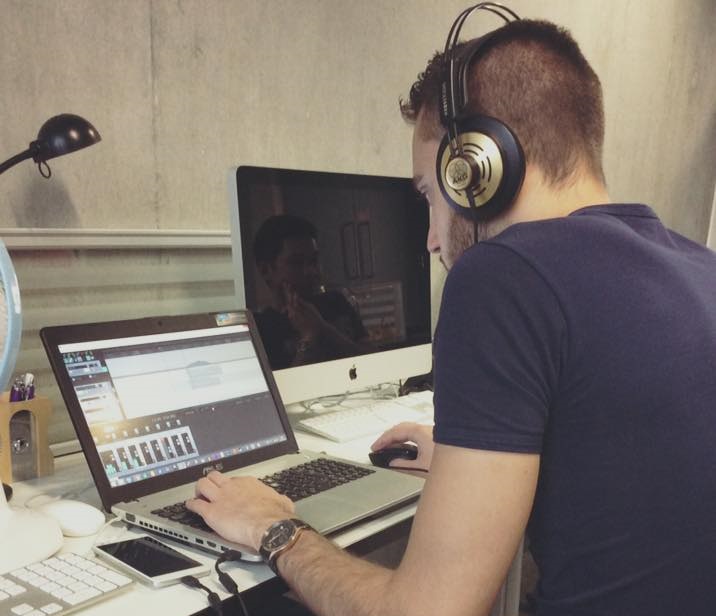 Here at Miracle Tea we pride ourselves of a high level of dedication to creating meaningful experiences for our players and one of the elements that helps us convey this to them is immersion.

When I started working on Alula I was looking for ways to push the level of immersion we achieved in Ruya to a new level. I knew about binaural audio but only came across it in a VR context until I remembered this video I watched a few years ago.

This was most likely recorded with a binaural microphone, with the actors moving around it in real time and using the scissors and hair clipper close to the microphones. I remember I was mesmerised about how “real” it sounded so that’s when my quest to replicate that level of immersion started.

I looked at ambisonic microphones first of all but I had to change my plans when I found out how pricey they can get and on a second thought getting one wouldn’t have necessarily be all that useful as I would have been limited to recording real ambiences and sounds which wouldn’t have always matched the ethereal soundscapes I had in mind for Alula.

It’s when a friend introduced me to the SoudField plugin by Rode. I realised how a binaural recording could be easily decoded into stereo and keep it’s 360° feel intact.

With further research I came across the IEM plug-in suite which allowed me to actually simulate a binaural recording combining an indefinite amount of mono and stereo files of my choice and place them into the 360° space.

That was it! Exactly what I needed and for free! 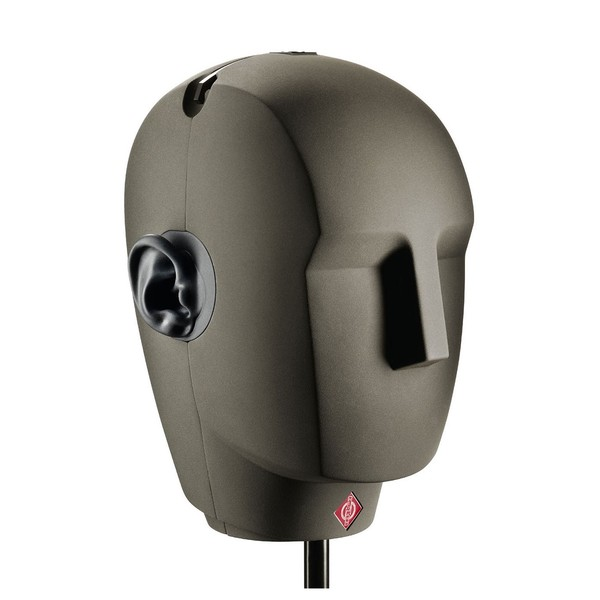 Binaural and Ambisonic audio in a nutshell

Before diving into how I created my first binaural ambience for Alula let’s briefly define binaural audio and how it differs from ambisonic audio.

Ambisonic is a recording in playback format that presents itself as a full 360 degrees sound source, but while ambisonic audio has the capability to track the head movement of the listener (as when you’re playing a game on a VR headset) binaural audio is “head-locked”, therefore a sound coming from your left, for example, will keep coming from your left even if you turn your body 180°.

Ambisonics is the combination of binaural audio with the real-time decoding of your head rotation.

To create my very own binaural ambience I used my DAW of choice Reaper and the IEM plug-in suite or binaural audio. 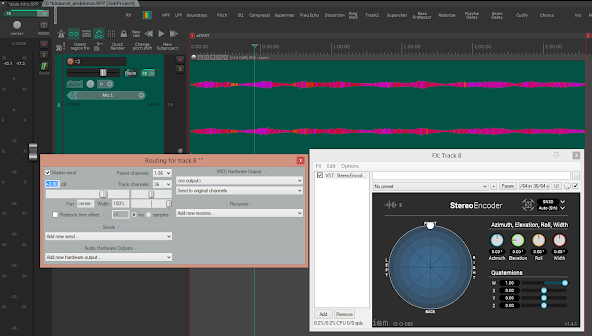 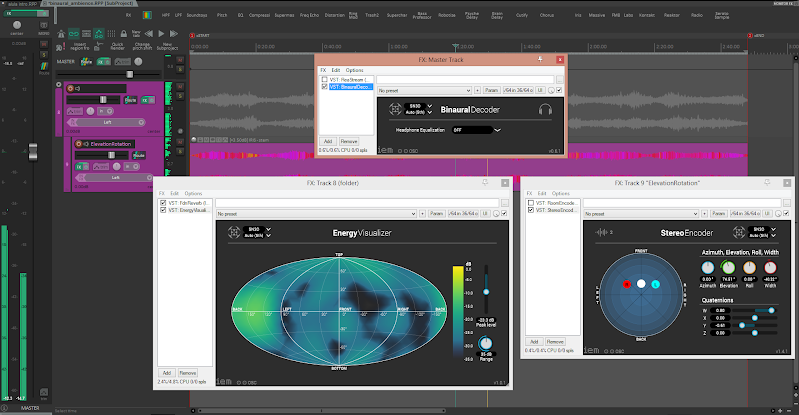 And there you have it!

My first go at binaural audio resulted in this kind of creepy recording of my voice and footsteps walking around you and going on a ladder to speak above your head.

I then tried this on an ambience for the intro cinematic of Alula.

I’m looking forward to implement this technique on more elements of the game’s soundscape so if you have any suggestions for sounds you’d like to hear or you know of some ways to improve the 360° effect please hit me up on Twitter. or follow me on Soundcloud to keep updated on my work. I’ll be more than happy to take on your suggestions or criticism 🙂