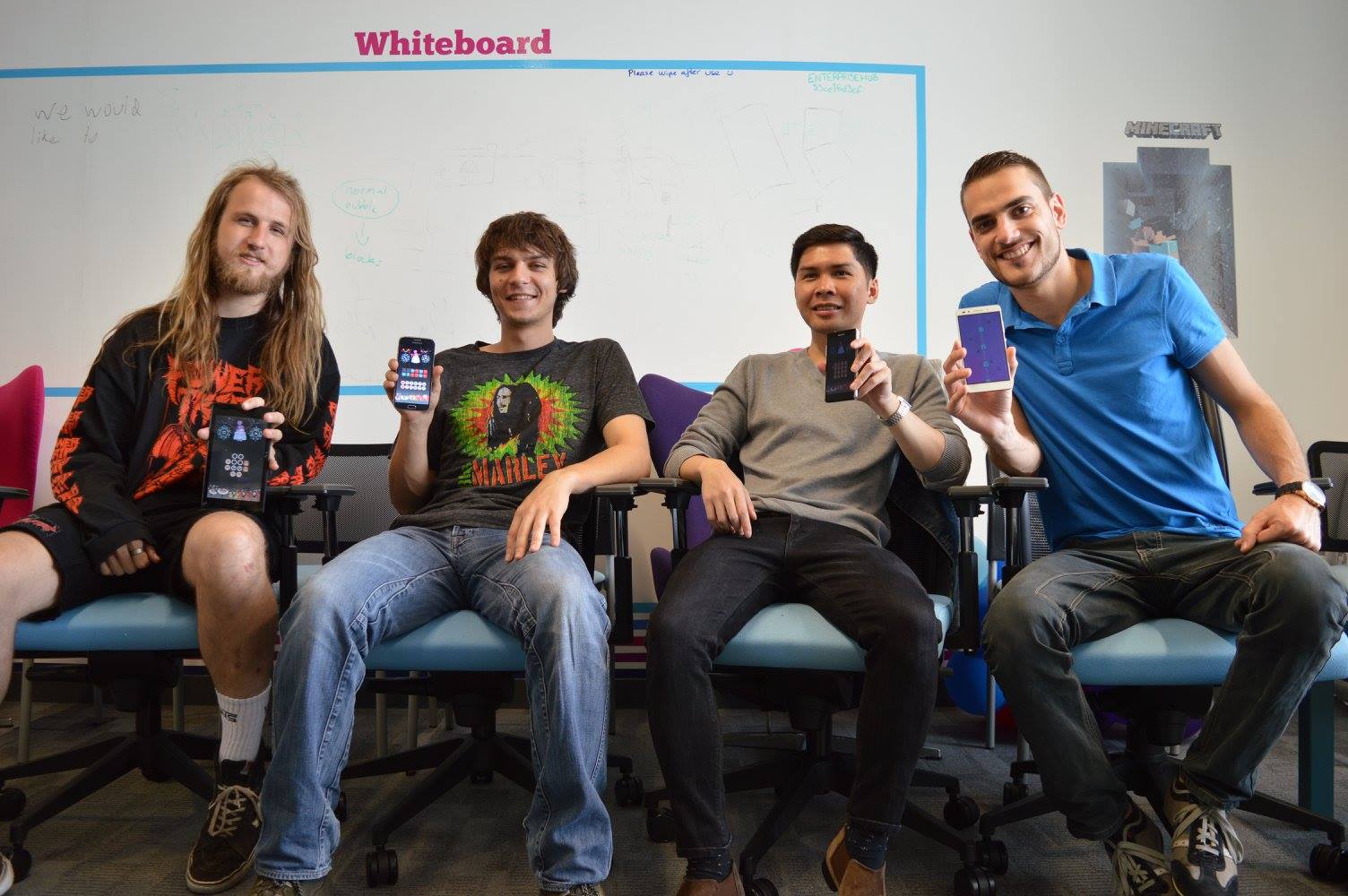 We’re talking about all our pitching stories for our games today. Something Miracle Tea have been fortunate enough to have met with some success in. We’ll be discussing how we’ve pitched each game we’ve made. We’ll talk about what went well which resulted in funding, what didn’t go well and made for some awkward moments and what we’d do differently next time causing us to hold our heads up and move on. Hopefully this short read is some interest to you, grab a brew and get comfy!

Our very first big indie pitch was to Tranzfuser in 2016 for Ruya. The way Tranzfuser ran back then was teams would showcase and get judged at EGX and then be selected to later pitch in Edinburgh for the funding. The years that followed teams pitched at EGX to streamline that whole process out.

Back then Myself and the Miracle Tea guys ventured up to Scotland. We were happy to make the trip from old blighty and back. Tom drove us all the way which was a laugh. I remember talking about conspiracy theories and putting on Steve Hughes and Bill Burr podcasts most of the way down. Those guys do well to put up with me chatting shit most of the way and getting up to shenanigans. I remember the hostel being gnarly, the restaurant we ate in being shady but the drive up and Edinburgh itself being beautiful. I love how vast Scotland is.

Anyway, from memory the pitch itself went well enough for us to secure the remainder of the Tranzfuser grant. I remember we are walked into a room above an art gallery with sandwiches and teas and coffees. All the other Tranzfuser finalists were there too. I think there was about 7 teams along with a panel of judges. Teams took it in turns to pitch their game, we went first…

One thing that we did that was perhaps a little unorthodox was our whole team took it in turns to talk through designated slides. We observed that other teams dedicated one person to pitch their game. At the time we were operating as a flat hierarchy and sharing the load of certain disciplines so it made the most sense for us to it that way. I don’t really know if this worked for or against us in that pitch. Maybe we came across as different and tight nit as a team, or maybe it came across as a bit convoluted for the audience to shift focus on different speakers. Either way we don’t pitch like that anymore!

One thing that went bad was we had audio playing in the background of our presentation. I remember getting feedback at EGX from some judges saying that the submission of our initial pitch deck stood out because of the music within the deck. As a result of that, we were keen to keep the audio in on the big day. Turns out that was a bit of a mistake. The audio was a little louder than expected. We nervously started our pitch with haste before thinking to ask if people could hear us okay or to adjust the audio. I remember looking into the face of another Tranzfuser team about half way and could tell they were having difficulty hearing us. I often think back to this moment and laugh a little bit! If we were to do it again the we would’ve made an effort to take our time to adjust any audio in the pitch or simply would’ve just taken it out!

I remember walking away from that pitch feeling unsure about how it went, I think the rest of the guys felt the same. When we got the grant sometime later, we were so stoked. This was a big deal for us all and we knew that we would finish what we set out to do. Getting this grant was a real catalyst of encouragement for Miracle Tea, we most likely wouldn’t exist without Tranzfuser. The development of Ruya was huge journey for us all. So many ups and downs and seeing our peer’s projects never seeing the light of day and companies going bust around us was discouraging and scary at times. Sometimes it was tempting to just quit and go and get a regular job, I’m so glad we pulled through and finished the game in spite of everything. 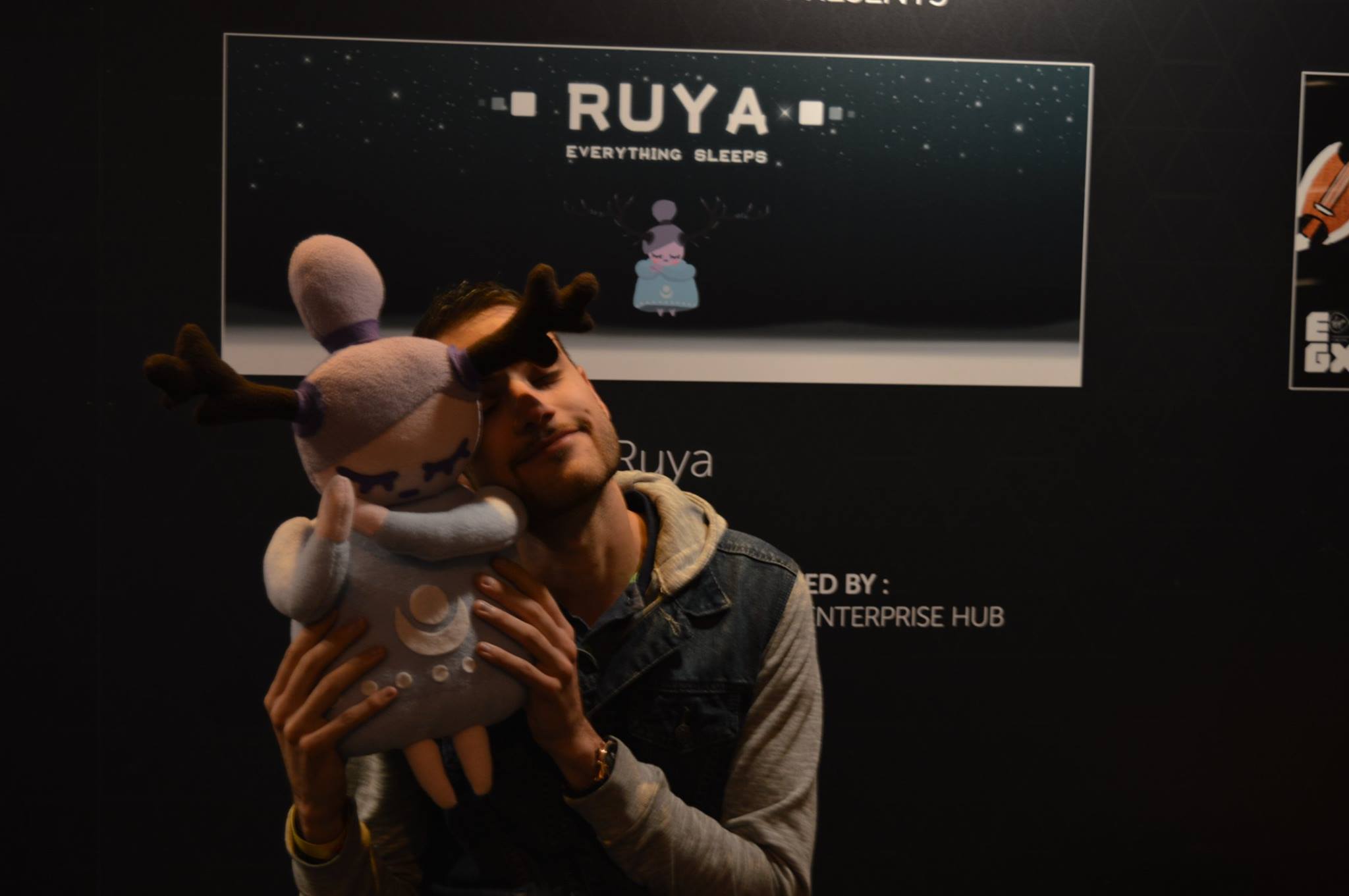 After Ruya released in November 2017, I started working on a prototype solo into the winter. The design of the game was very much a reflection of the time. At first, I thought the game wouldn’t be fit a good fit for a potential Miracle Tea game, for a while it was something I was just going to tinker with on the side. I eventually pitched the game to Tom as I got to a point where I’d knew it probably wouldn’t see the light of day without his help. He dug it and later got involved. Things really started to take shape after that.

Early 2018 we pitched a game called Oath (working title) to the UK Games Fund for the round of 4. We knew that after Ruya was wrapped up and as Tranzfuser alumni, the natural thing to do was to pursue the UK Games Fund grant. It felt like the next stepping stone in our careers. The application process from Tranzfuser to UK Games Fund was more or less the same so we felt hopeful about our chances. For the application we had to submit a short 2-minute video explaining the game, our business plan, target audience, dev schedule etc. Oath was unfortunately declined for the grant but we learnt so much as a result.

Our feedback from UK Games Fund was also that this kind of action game genre is super competitive making it a risky investment on their part. In theory, we ticked a lot of the boxes with this pitch though there were a few things that weren’t particular clear. One being that we didn’t discuss how far in development the grant would get us and our options beyond this. Another thing to note is around that time we were definitely prioritising the game build over our actual video application. A lot of the footage we showed was real in game content. In hindsight our gameplay could’ve been communicated with simple stills, or diagrams and more energy could’ve been on really making the best use of time in the video. Another thing that we later realised is that the subject matter of violence and gore in Oath might have been a fairly risky thing to pitch to a government funding scheme. If a game like this ever-got bad press and then it being funded by a government scheme perhaps might not be an ideal situation.

The biggest thing I’ve learnt from skateboarding is to get up and try again and eventually it’ll happen. My lecturers would refer to that as ‘grit’ in psychology. When the next round of UK Games Fund applications opened up in 2019 the was no way we weren’t going to pitch something. With an unsuccessful pitch last year, we knew some things to avoid. We had some time to recover and let the dust settle from the launch of Ruya which I think was a really good thing for our team. We spent our time between the two pitches tinkering with Oath, prototyping new ideas, working with clients and building rapport, maintaining Ruya, saving/sustaining the business and catering our personal lives which had been somewhat neglected due to the intensity of Ruya dev.

Near the end of 2018 Tom prototyped a simple little puzzle game that started as this idea called Tangled Thoughts. From memory, it was a puzzle game where progression and puzzles were metaphorical representations of anxious thought patterns of a player character walking from left to right. I later did a re-skin and it changed into a game where a mother owl and a baby owl were climbing a mountain together where progression was measured by matching stars in the sky. The better you did the closer the characters would be to one another to show a bond. We jammed this version of the game out over a weekend or two together and then showcased it at Game Anglia in Ipswich. People seemed to dig it and were curious as to what we were up to next. The name Alula emerged at this stage in the prototype. By the time we pitched it to UK Games Fund the following year we had already re-designed Alula again.

I was in a weird place in 2019, I spent a lot of it alone and thought a lot. ‘No one is an island’ was something I heard a lot from friends and family. 2019 was a really good year for my career but one of the toughest personally. What stemmed from the personal struggle was the pursuit of work that revolved around loneliness in order to make something out of the suffering I was going through. It’s often easier for me to communicate that way. I started messing around with texture brushes and compositions in Photoshop trying to hone my skills and visualising different ways to convey some of the emotions I was feeling. One of the concepts that emerged felt like it had weight and could potentially be embedded into our already existing game mechanics. Though it meant a significant re-design, so I had to get Tom on board. Me and Tom met in a Costa in Felixstowe, I pitched to him a proposal for the drastic re-design and change in art direction, he was up for it and we were on our way!

From then on, we went with full force on our UK Games Fund application for Alula with the new art direction in mind. I spent a lot of time on video pitch and completely ignored the game build. We really honed in on making use of every second and if any line of dialogue felt off-kilter, we cut it – something I felt like we didn’t do that well previously. The content of our video featured loose concepts, some in game interactivity and diagrams breaking down our design loops or plans, nothing too fancy though it was stylistically cohesive and clear. The pitch video felt way more solid than the one for Oath. I was chuffed when we submitted. I remember sleeping so well after it was complete.

Tom got the email some months later from UK Games Fund when we got accepted to showcase at EGX. It came at such a surprise but re-enforced to us that we were onto something. As a result, we put Oath on hold and our focus shifted towards Alula development as a priority.

Once you get accepted to showcase at EGX, you don’t necessarily get the full grant. You have to then pitch in person to the UK Games Fund team at the event in a meeting room. The lead up to EGX me and Tom really focused on the game build and mastering our pitch. The month before was so intense and we worked so incredibly hard. Our experience of EGX 2019 is a whole separate story, we’ll post about it in the near future.

Hopefully this has offered some insight into the nitty gritty side of pitching indie games for funding. If you’re thinking about pursuing the UK Games Fund or Tranzfuser grants and have questions, feel free to join our Discord community for a chin wiggle. We’re always happy to help!

Catch you next time.